As winter nears, thousands of our country’s most vulnerable will again be faced with floods, biting cold living conditions and other hazards associated with the season.

Now in its third year, a groundbreaking training programme by TFG, one of SA’s largest retail investors in the local clothing and textile production industry, has managed to become the defining example of the shared value model.

The SewGood programme has accomplished what few corporate programmes can: to train new and previously unemployed recruits, with the product of that training benefiting tens of thousands of underprivileged or disaster-hit people, all while instilling a sense of pride in those whose daily work makes a real difference in the lives of the less fortunate.

Last year, TFG trainees at its Prestige Factory in Maitland and Caledon produced 40 000 blankets – double the number produced in 2015 – which were distributed to communities in need, as well as those struck by disaster. This year, the programme will again produce 40 000 blankets for the country’s most vulnerable, and the initiative will further be extended to create a range of children’s hoodies.

“Each of our purple blankets – which have become ubiquitous in the Caledon community and in communities trying to recover from severe challenges – is not just a blanket, but a symbol of job creation that enables us to keep the nation warm,” says Mymoena Mooradd, CSI Manager at TFG.

Mooradd says the concept of “shared value” is often cited in CSI programmes, but can easily amount to little more than a corporate buzzword.

“Our flagship project is however leading the way in demonstrating how shared value can truly be achieved, for the benefit of all involved, whether it be the company, the community, individuals and workers, or broader society,” she says.

Mooradd says that the project has aimed to realise a dual purpose: to utilise existing resources to benefit communities. The decision was then made to partner with TFG’s manufacturing division, Prestige, to train previously unemployed women, which enabled a further chain of value to be realised – that of job creation.

“We have partnered with Gift of the Givers, who are best placed in the wonderful work that they do to distribute the blankets where they are needed most,” says Mooradd.

Some of the recipients over the past 2 years since the programme’s inception include fire victims from the communities of Imizamo Yethu, Hangberg, Du Noon, Phillippi, Nyanga, Masiphumelele, and flood victims from Alexandra, among a host of others.

An additional 22 000 blankets were donated in various winter drives, for communities who had to face winter’s bite with very little.

This year, the project is on track to train 120 previously unemployed women.

“The vision for the Sew Good project is to continue to strengthen and grow TFG’s Shared Value strategy by investing in local production. We are very proud of this project, which provides a leading example of how a company can positively impact communities on a local and national level by using resources integral to the company’s business,” says Mooradd. 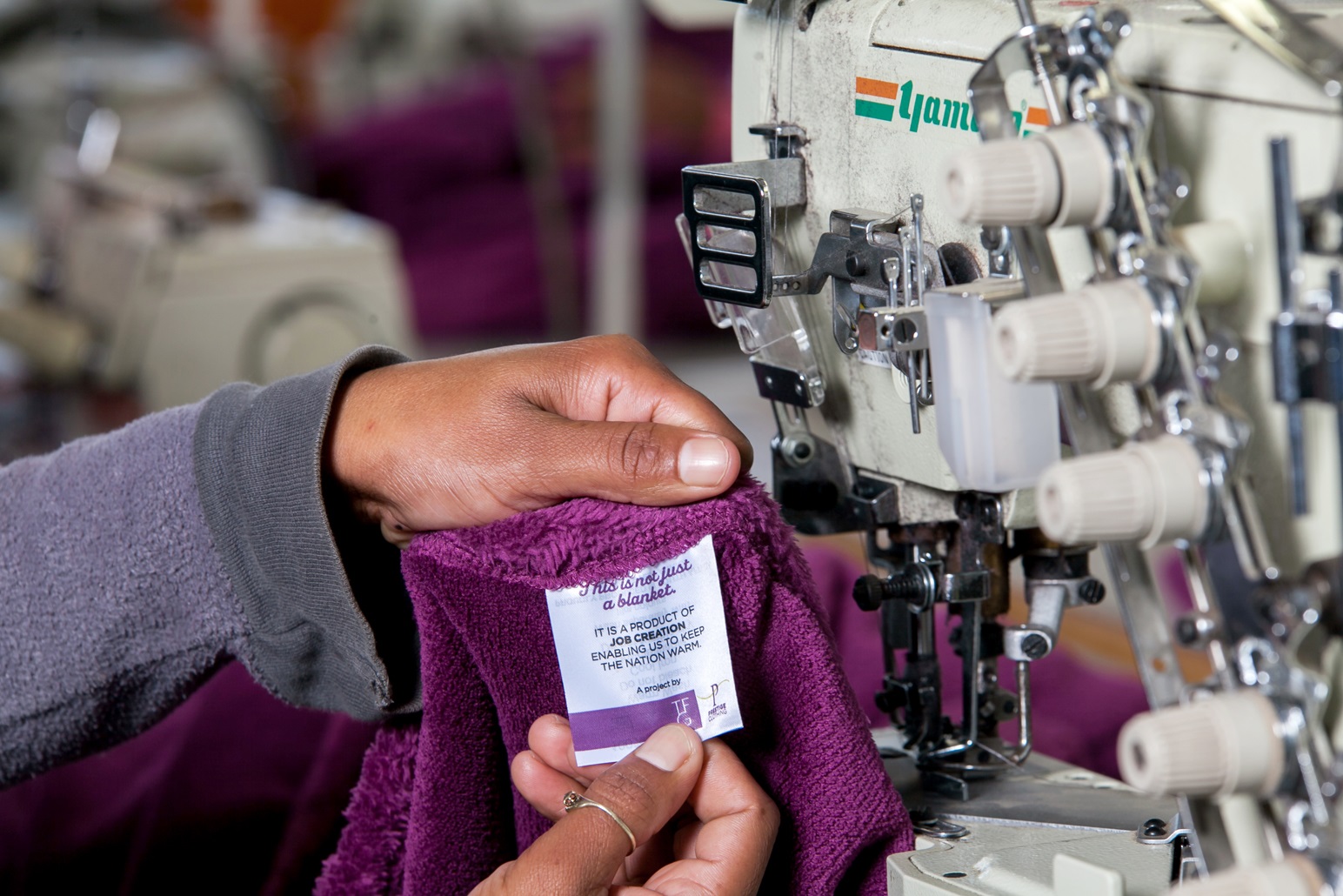