George the dog has been depressed for the last two years since he lost his best friend of 12 years, a Labrador named Blackie.

However, last Thursday a friendly duck waddled into his life out of nowhere and snuggled next to the sad pooch as he was laying on the porch of this home in Tennessee. 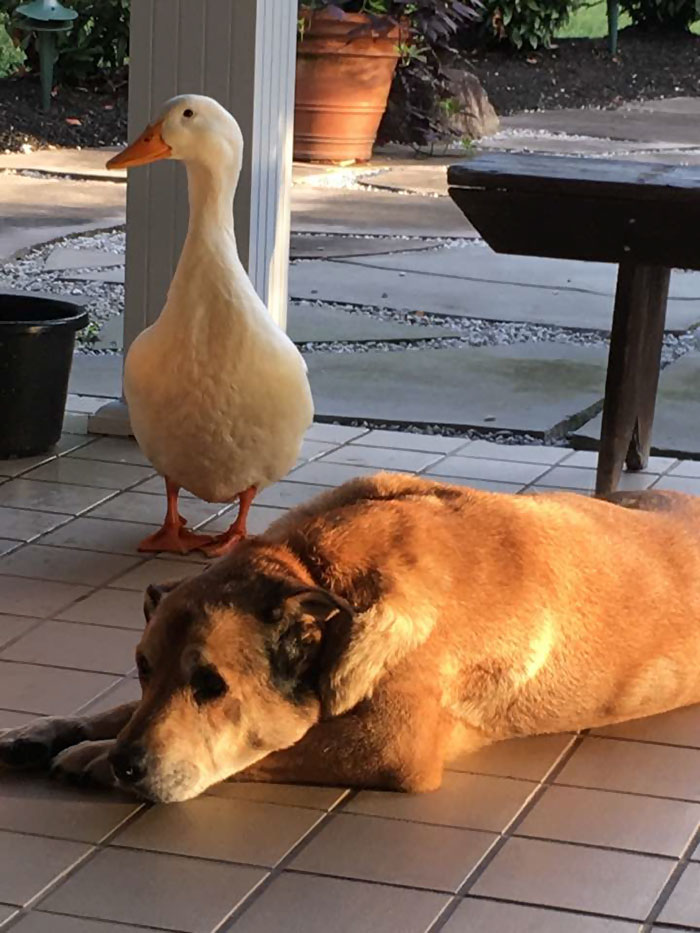 “We have no idea where this duck came from but he sure does love George and since he has arrived George has not cried one time,” George’s owner Jacquie Litton wrote on Facebook. “It is strange for a duck to just appear at our house and be attached to your dog and even more strangely the anniversary week of Blackie’s passing.” 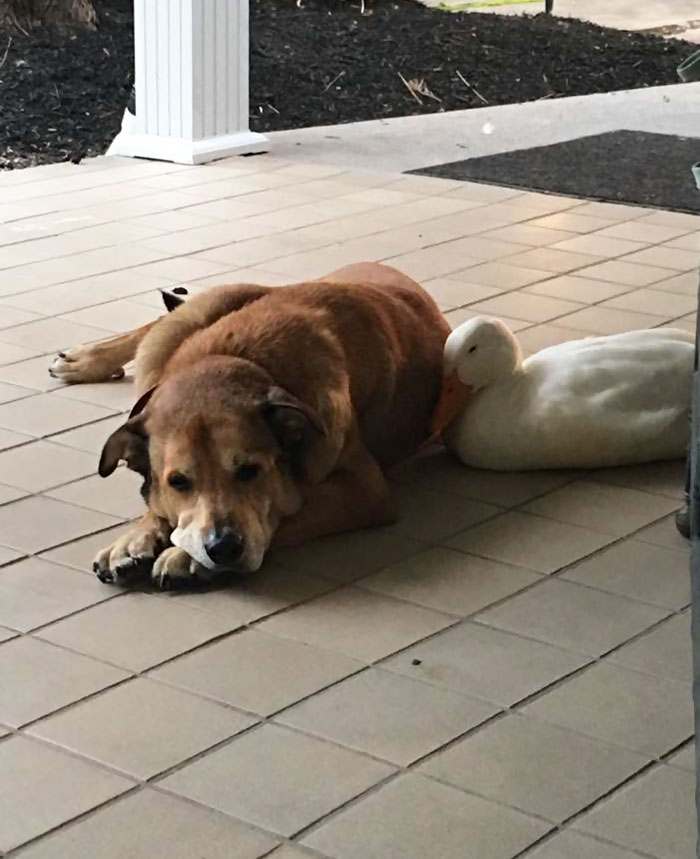 Since that day, the two have been inseparable. The duck follows George everywhere he goes and the pooch is not so lonely anymore. He’s finally smiling again. 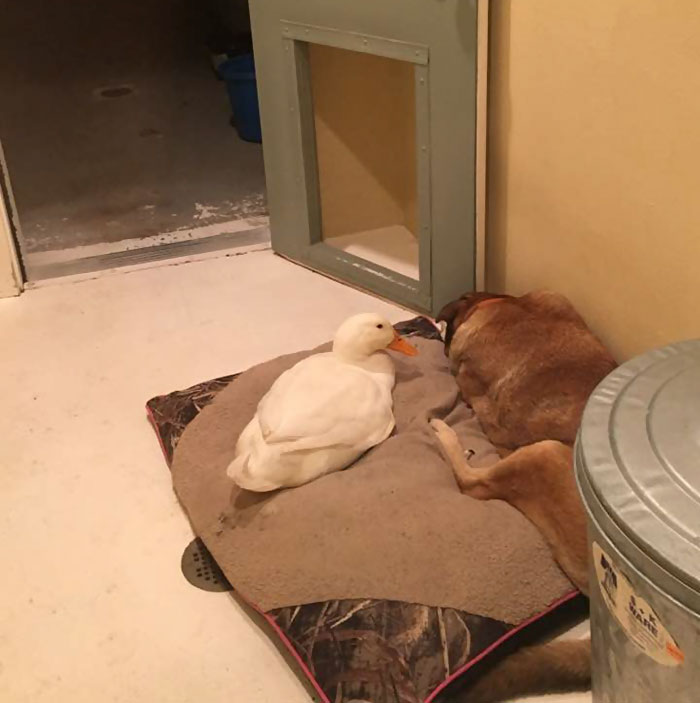 He is FINALLY smiling again!