A mom, who has a misguided view of how nature works, asked if it was possible to reschedule the total solar eclipse because the date wasn’t practical for her.

And now the internet cannot stop laughing and the entire story has started going viral.

The Perot Museum of Nature and Science in Dallas, Texas, is holding a solar eclipse viewing party from 2 p.m. on the 21st of August… the time the eclipse’s path of totality will be passing over Dallas.

They posted about the event on their Facebook page. 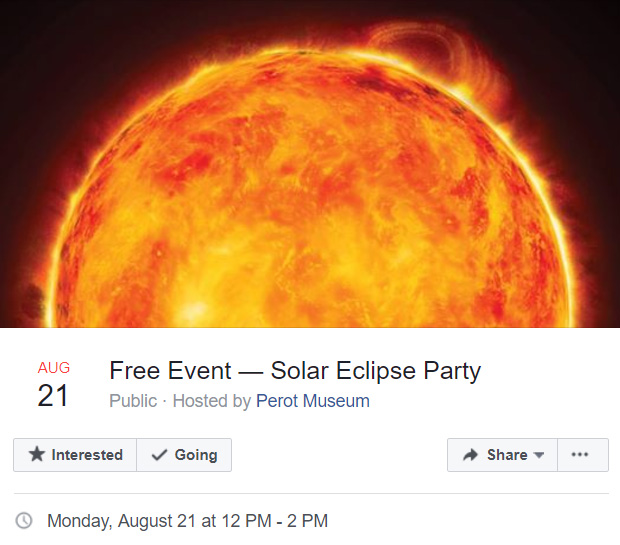 Unfortunately, one mom realized that August 21st isn’t going to work for her because of back-to-school week, so she asked the museum to reschedule.

“Most kids go back to school that day. Can it be done on the weekend?” she asked on the event page.

People completely lost it when they saw her suggestion, and the responses have been hilarious… causing the mom to delete her original comments even though she had already gone viral. 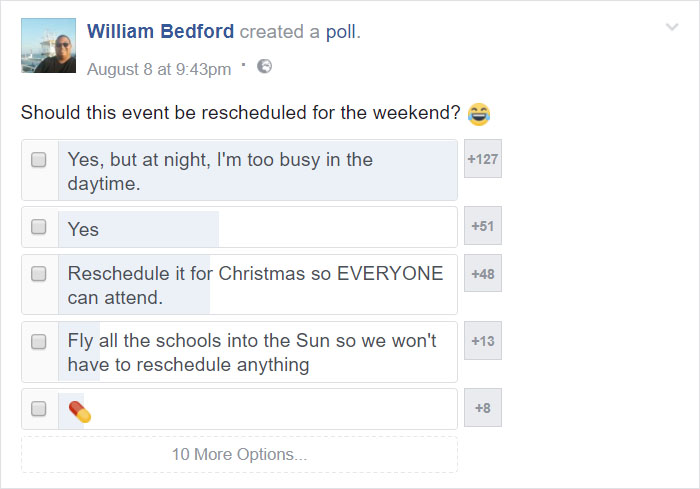