The Royal Family has made a live stream of Queen Elizabeth’s funeral available on YouTube so that those who would like to say goodbye, can do so.

United Kingdom (19 September 2022) – The day has arrived; the world will bid a final goodbye to Queen Elizabeth today. Coverage of the event will be aired globally, but if you do not have access to any of the major news outlets, you can watch it being streamed live on YouTube.

The Queen’s Coffin has been Lying-in-State since the evening of Wednesday 14th September. At 6.30am on the morning of Monday 19th September, the Lying-in-State ended. This will then start the procession for the royal family to attend the funeral.

The procession will start at 10:44 am (UK time). Immediately following the Coffin will be The King, Members of the Royal Family and members of The King’s Household.

The State Funeral Service will be conducted by the Dean of Westminster, and The Sermon and the Commendation will be given by the Archbishop of Canterbury.

“The State Funeral of Queen Elizabeth II will take place at Westminster Abbey on Monday 19th September at 11am. The Funeral Service and the associated ceremonial arrangements will pay tribute to The Queen’s extraordinary reign, and Her Majesty’s remarkable life of service as Head of State, Nation and Commonwealth.

The Funeral will broadcast live on TV, radio and The Royal Family’s Youtube Channel to allow people around the world to take part in mourning The Queen.”

The full-day event will end with the private burial taking place in The King George VI Memorial Chapel. The queen will be buried alongside her husband, The Duke of Edinburgh.

You can watch the live stream via YouTube here. The link is already live and showing glimpses of the preparations for the

Have something to add to this story? Please share it in the comments or follow GoodThingsGuy on Facebook & Twitter to keep up to date with good news as it happens, or share your good news with us by clicking here or click the link below to listen to the Good Things Guy Podcast with Brent Lindeque – South Africa’s very own Good Things Guy. He’s on a mission to change what the world pays attention to, and he truly believes there’s good news around us. In the Good Things Guy podcast, you’ll meet these everyday heroes & hear their incredible stories: 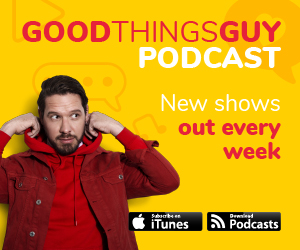 Where mind meets heart
"Always do what is good & what is right... in business, relationships & life. That way the universe always knows what to give you back.” - Brent Lindeque