Cape Town, South Africa – For the second year in a row the Avela Foundation summited a famous mountain for charity. Last year, the charity summited to the Everest Base Camp.

The 12-member team representing Cape Town-based Avela Foundation is now home and triumphant after having summited the Mount Kilimanjaro.

The group planted their collaborator Smile Foundation’s flag on 23 June on the highest point in Africa, after six gruelling days.

Cami Palomo, elated team leader and Avela founder, says they are incredibly proud of the R1.87 million they have now raised on donations based crowdfunding platform, BackaBuddy, as part of their target of R3 million.

The funds will be used to purchase a laser machine for the Chris Hani Baragwanath Hospital’s burn unit. It’s thanks to Palomo and her team that the Red Cross War Memorial Children’s Hospital is already using that equipment. The machine improves the elasticity of the skin and softens the appearance of scars.

“Not only were we faced with temperatures of minus 20 degrees Celsius but also had to battle a gale force wind exceeding 80 kilometers per hour.”

To make matters worse, dehydration set in due to the sub-zero temperatures turning their water bottles into ice blocks. Palomo is quick to add though that every step, however difficult it may have been, was worthwhile.

“During that last stretch we climbed the whole night and reached the summit just before eight the next morning. That was an experience that will stay with each and every member of our team forever. The view of that great, icy landscape and the incredible sense of relief and achievement are hard to describe.”

Palomo says she believes their goal, to help children with severe burn injuries, made her team resilient.

“We had a purpose and there was just no way we would give up. Those children inspired us to reach new heights, literally and figuratively.”

Dr Kam Pillay, a fellow team member, felt changed by the summit of Kilimanjaro and is still processing the feat they undertook.

“I think we are all still processing the experience. What we’ve been through has not quite sunken in yet. You have daily battles but the night we summited was extremely rough for everyone. Those conditions were a total onslaught on your senses. I do however believe we returned as stronger people because you had to dig so deep within yourself to be able to continue putting one foot in front of the other.”

Also among the climbers was Tebogo Tsotets, a mother from Soweto who took on the climb in honour of her two boys. Tebogo Tsotetsi especially did the climb to honour her son who was killed during a housefire in 2014.

Kutlwano Tsotetsi was three when the fire broke out upon the family’s return from church. A faulty plug was responsible for the tragedy that claimed little Kutlwano’s life and left his brother Molemo, who was five at the time, with 50% burn injuries across his body. Molemo, who loves cartoons and any form of car racing games, is still receiving regular laser treatments at the Red Cross War Memorial Children’s Hospital in Cape Town. The travelling costs are substantial for the Tsotetsi family, hence Avela Foundation’s quest to raise funds for a second laser machine, closer to home.

“I am joining the team because I am a mother of a strong and brave burn survivor. There are a lot of children just like him in Johannesburg who needs laser treatment and of which in South Africa we currently have only one machine and it’s in Cape Town which is a bit far for children living in and around Johannesburg.

My mission is to at least help them regain confidence and self-esteem and save them from those who treat them differently only because they look different. Avela Foundation and Smile Foundation are truly God sent. I have never seen such an amazing people like them, that even though you are not directly affected but you still hold the flag high and say we will walk this journey together. That for me resembles a big heart that has lots of love & genuine soul.

Pictured below, Tebogo posing at the top of Kilimanjaro. 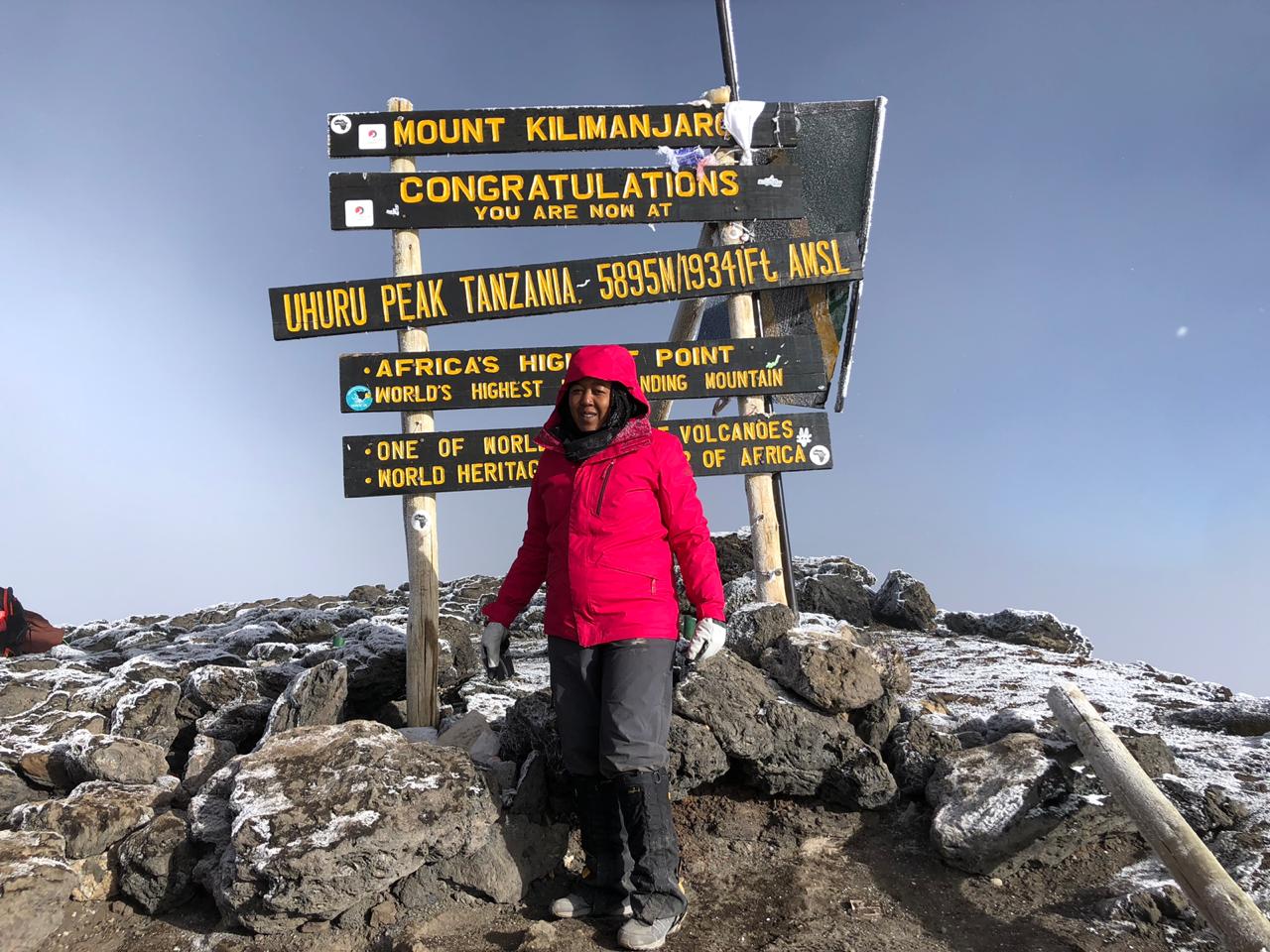