Mandisa Mfeka has just been named as the world’s first Black African female fighter pilot from South Africa and we couldn’t be more inspired!

She is regarded as the world’s first Black African female fighter pilot and hails from South Africa!

Mandisa, who was born in Ntuzuma Kwazulu-Natal grew up in Malvern. She says she realised her love for aviation when she was about five years old when her mother and grandmother used to take them to airshows in Virginia Airport.

Due to the inability to afford the entry fee, Mandisa says her mom would park outside the airport and they would watch the displays from there.

Growing up she thought she wanted to be a doctor but when she was in grade 10, she started researching careers that used math and science. As a result, she discovered aeronautical engineering. She decided to apply to different universities to study exactly that but she came across an article for the South African Air Force and after seeing that she exceeded the requirements of entry, plus she could become a pilot, she was immediately sold.

“From the moment I discovered the SAAF, I knew that’s what I wanted to do, and since then I haven’t looked back.”

In 2008 she joined the South African Air force (SAAF), and in 2010 she started at the Central Flying School in Langebaan; in 2011 she got her wings.

Mandisa says her journey as a Combat Pilot really shifted her perspective about what aviation and what being a military practitioner looked like. Nonetheless, she believes that becoming a combat pilot has been an amazing experience.

“It is such a dynamic environment and so mentally stimulating, and I love it because I’m growing in my technical expertise and learning more about aerodynamics.”

One quote that Mandisa lives by is, “The sky is the baseline.” Which means, the excellence bar that you pushed yesterday should be your starting point, tomorrow. 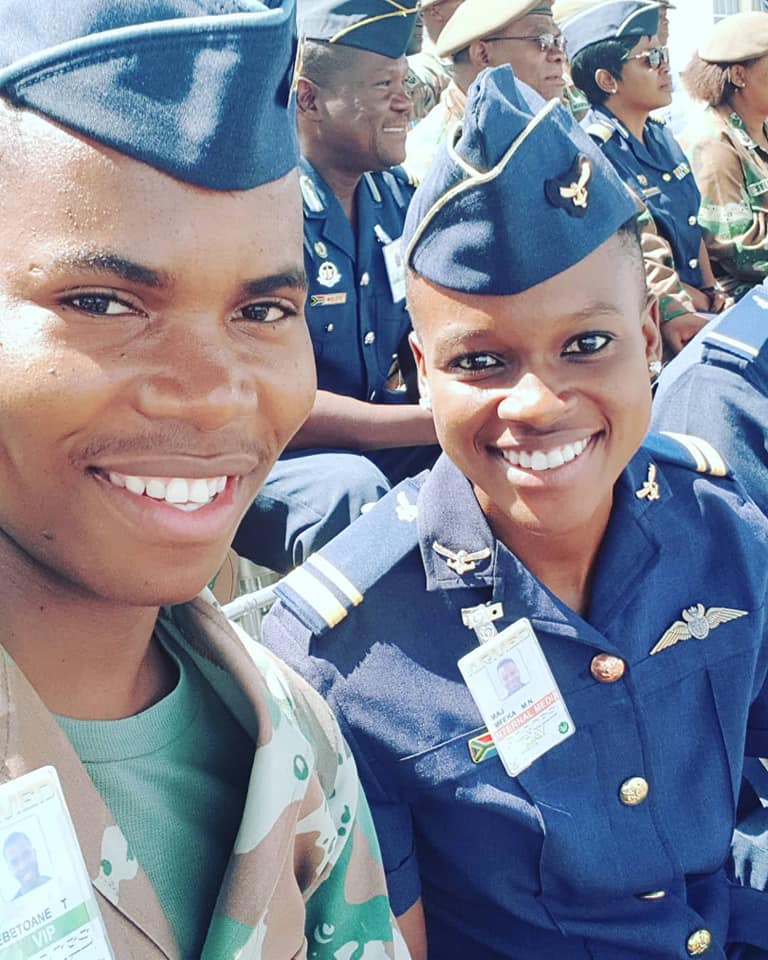