A Cape Town father who turned his backyard into a library to encourage children in his neighbourhood to read, has been hailed a hero.

John Nicholson, 50, from Hillview near Lavender Hill, says he’s been overwhelmed by phone calls and messages from around the country from people who want to donate books.

The Hikers Network Community has also come on board, offering to establish a hiking club for kids in Lavender Hill.

Nicholson says people have also donated four bicycles, and he now plans to launch a cycling club for children in his community.

The upholsterer’s inspirational story has been a huge hit on the Daily Voice Facebook page, and was shared over 4 400 times. 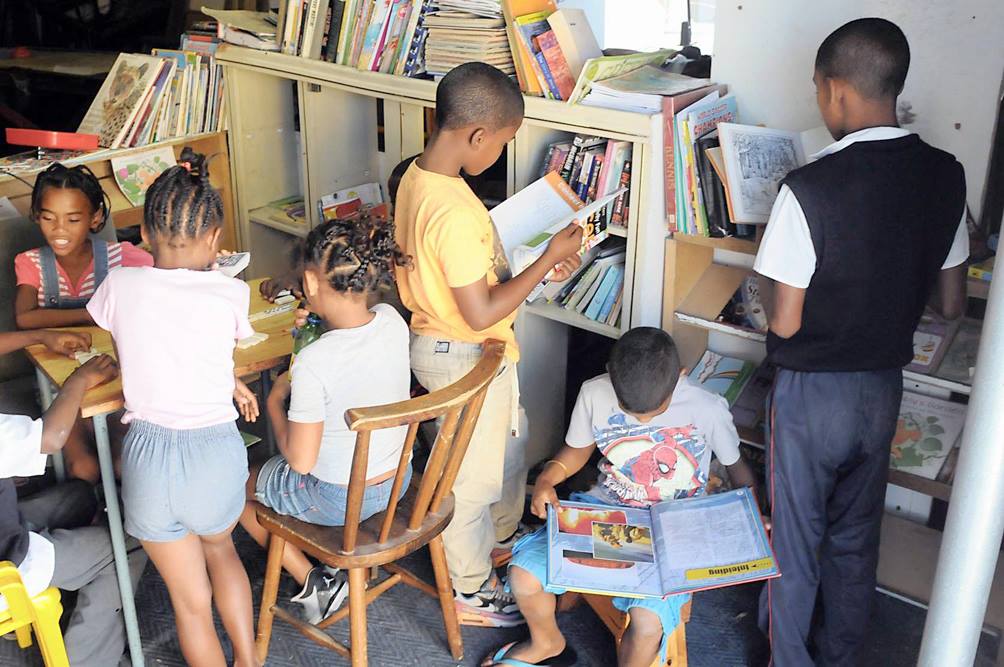 Nicholson says people from as far as Gauteng, KwaZulu-Natal and even the United Kingdom have contacted him, pledging to donate books, toys and food.

The father of two, assisted by his son Ryan, converted his backyard into a library in 2005. He has over 5 000 books, but says he is fast running out of space to house his new books.

More than 30 kids, aged four to 12, visit the library daily to read, do homework, play games, and even get a meal, paid for by Nicholson himself.

Facebook reader Zakieyah said Nicholson is “a superhero amongst us,”, with Dorelle adding: “There is hope for the next generation of South Africa. My sincerest respects to you John and to your son Ryan.”

Nicholson’s friend, Jean Cammell, who lives in the UK, proudly says about her “adopted son”: “I know the gentleman personally, he and his wife Gail, they devote their lives to loving and caring for little ones.”

Nicholson said: “Yes, a WiFi spot would be wonderful for the children because the closest internet shop is in Steenberg.

“We still need computers and even toys for the children.

“I want to thank Daily Voice, because if this story wasn’t published, no one would see our initiative.”