Record-breaking long-distance swimmer Sarah Ferguson, who has swum some of the country’s fiercest ocean passages, has become the first African to conquer the Ka’iwi channel between the Hawaiian islands.

South African swimmer Sarah Ferguson has tackled some of South Africa’s most challenging open water swims, including the Robben Island Freedom Swim and the Umlanga to Durban endurance race.

Ferguson is already a seasoned endurance swimmer, having swum all the major South African open ocean challenges, including the Robben Island swim and the popular Umhlanga to Durban race.

Her next achievement has become the Ka’iwi channel close to the Hawaiian islands and the former competitive pool swimmer turned endurance open ocean swimmer has become the first African woman to conquer the mighty 42km Ka’iwi passage, known as the Valley of Bones.

The incredible athlete competed the swim in 17hrs54 minutes, covering an actual distance of nearly 60km.

In Hawaii, Ferguson not only faced the Valley’s ferocious waves and unpredictable currents, but also had to be wary of the area’s unique and dangerous ocean wildlife, including various species of sharks, jellies and the illusive but deadly Portuguese Man-of-War bluebottle.

In her introduction on her fundraising page on the GoFundMe website, Ferguson writes: “The main objective of this swim and all my preparatory swims is to create awareness of the dire need for ocean conservation as well as to educate rural communities on the importance of conservation and development.”

Partnering with various South African and North American conservation groups, including her own Breath Ocean Conservation team, the I Am Water Trust and Hawaiian community group Deep & Beyond, her trip will not only include the epic swim, but also a series of educational workshops with communities, especially young people, encouraging them to make the necessary changes in humans’ relationship with the ocean in order to protect the planet as a whole.

Meanwhile, as she mentally takes time off from the challenge of her life, all for a worthy, global cause, Ferguson and Breath Ocean Conservation are accepting donations and sponsorships on her official website and through the GoFundMe page. 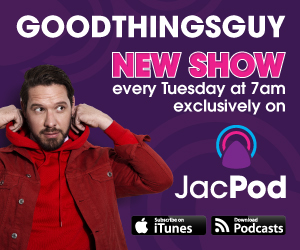